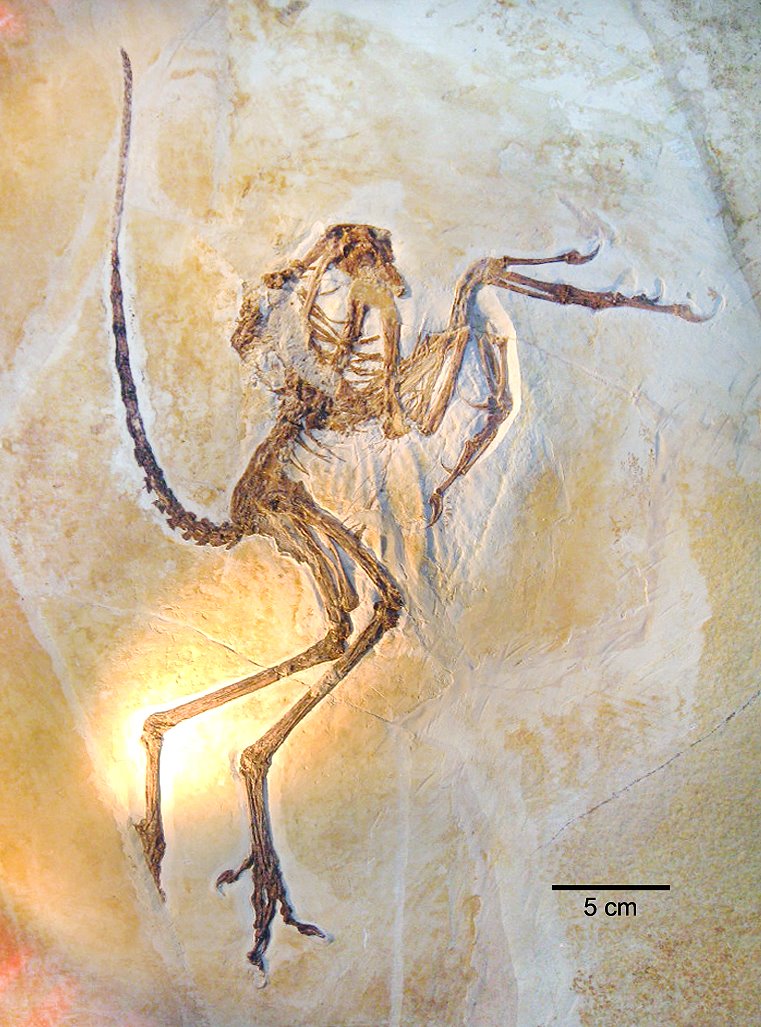 If you ever want to sound really smart say, “Archaeopteryx.” Just writing the word I can feel my I.Q. surging. Archaeopteryx is an extinct animal that, for years, evolutionists held out as a transitional fossil. A supposed theropod dinosaur gone to the birds. A feathery flightless lizard, the missing link and the grandfather of the avian (bird) kind. There are some obvious problems with this theory. First, there were not many good fossils of this animal discovered, and scientists could not agree that it actually had feathers. Next, if it did have feathers, there was no real evidence that it was related to reptilian dinosaurs (except that they wanted it to be). More fundamentally we know that this theory is false because God created birds before he created dinosaurs. Also, God created every animal after its kind, so there was no evolution. So we know from the start that Archaeopteryx was either a bird or a dinosaur or some other kind of animal that God created.

I have some questions. First, when for years you claimed that Archaeopteryx was the missing link between dinosaurs and birds, and now it turns out just to be a bird, why should we accept your conclusion that it was the first bird? Second, if the fossils show differences, how do we know that the fossils don’t merely show variations of the same species of animal; after all look at the significant variety of dogs. And finally, how can you say that an enhanced ability to fly is an evolutionary leap forward when we have many flightless birds species alive today?I believe that someday science will become so advanced that even the most stubborn evolutionist will have to admit that the Creation Account in Genesis is true. Until then, don’t be intimidated by the opinions of some scientists, God created the world and everything in it in six literal days, believe it!