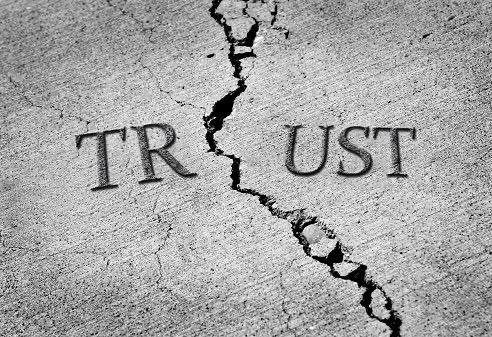 Noble cause corruption is corruption caused by adherence to a teleological ethical system. The suggestion is that people will use unethical or illegal means to attain desirable goals, a result that appears to benefit the greater good. This type of corruption is often associated with law enforcement. Police may believe (or even actually know) that a person is guilty of a crime and take shortcuts that abridge that person’s constitutional rights to obtain a conviction. Society may benefit significantly from that particular incarceration; what sufferers are the systems of safeguards set in place to protect the innocent. The scientific method calls for its participants to be highly skeptical, and to follow the data to a conclusion which may or may not support their hypothesis. However, what we are increasingly seeing is the politicization of science to the extent that scientists support unscientific methods to promote a preferred paradigm. This can be seen in the science of climatology.

While it is evident that the climate is continually changing and that the global temperature has increased slightly over the past 100 years, what is not clear is the cause of the changes. While some scientists attribute climate changes to natural cosmological events or even the slow recovery of the earth from that last ice age, the big push is to attribute climate changes to the emission of greenhouse gases using methods that cannot be scientifically validated.

Recently we have been subjected to many increasingly dire predictions of climate doom. Now, all extreme weather is attributed to climate change. We see this in action with the unrelenting focus on the worst-case scenario, which is usually almost impossible. Climate scientists are silent when climate change activists exaggerate or even lie about their research, but are quick to condemn anybody, even fellow climate scientists, who question their conclusions.

Whether or not there is catastrophic human-made climate change happening, what we are seeing is an example of how the definition of acceptable science has shifted from the dispassionate search for truth into a system of advocacy for the desired paradigm. Nowhere is this more evident than in the stalwart support of the mainstream scientific community for profoundly flawed and unscientific theories like evolution, uniformitarianism, and the big bang theory.

Evolution is not only thoroughly unscientific, but it is also down-right scientifically impossible. Yet it is regarded as a proven scientific fact. It is a fact, they argue, that is proven by the very existence of mankind and the animal kingdom (a teleological explanation). The science community is falling down a rabbit hole in its effort to avoid the inescapable conclusion that God created everything. Science has been politicized and has been distorting its results for a long time. But now we are not only expected to tolerate shoddy scientific papers and their erroneous conclusions, but we are called upon to accept and even endorse these interpretations. What’s at stake is the confidence of the public in science itself. It is also undermining the beliefs of Christians who are continually admonished that science has disproved the Bible.

Its time that we Christian take back science and speak out against these hyper-politicized pseudo-scientific theories. We can believe in the Bible as the ultimate source of truth, and we should. We are commanded to spread the good news of the Gospel. We should not allow the secular scientific community to undermine our confidence in the Bible with their corrupted conclusions.

Birds of a Feather