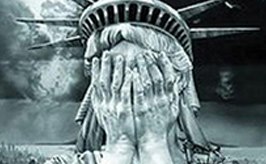 How do I know it’s true? Because that’s what it says in the Bible. There was a time in America that such an affirmation would have ended any debate about the truth of a matter. However, today, a lot of people do not believe the Bible, even Christians. Many have been conditioned by indoctrination and training in secular schools to question the accuracy of the Bible. They don’t feel comfortable citing the Bible as an authoritative source because they believe in the stories of billions of years and the myth of evolution. More fundamentally, they want to appear to others, in the secular world, to be sophisticated, educated, and intelligent. These are traits that, they are told, do not apply to individuals who take the Bible literally.

To have confidence in the Bible, people need to be armed with facts, scientific facts that affirm the Truth of the Bible. I don’t mean to suggest that the Bible needs to be verified by science, but rather that people’s confidence has been undermined by a constant barrage of fake “science” designed to shake their faith. Once they see that the secular stories of vast oceans of time, and magical evolution are just smoke and mirrors, they can feel more confident of defending their faith against these attacks. They need to be armed with the knowledge of both scientific facts and of what it actually does say in the Bible.

Jesus, in his perfect and complete knowledge, taught us this in the Parable of Lazarus and the Rich Man. (Luke 16: 19-31). Believed by some to be an actual account because Lazarus is uncharacteristically named by name, the story is clearly a Parable. The rich man, being tormented and begging for a teaspoon of water, pleads with Abraham to send Lazarus back from the dead to warn his five brothers. Abraham says, “”They have Moses and the prophets; let them hear them”” (v. 29). When the rich man insists that the brothers would be convinced by a resurrected Lazarus Abraham lowers the boom on the rich man by saying “If they do not hear Moses and the prophets, neither will they be persuaded though one rise from the dead” (v. 31). Clearly what Jesus is saying here is that if people do not believe Moses and the prophets, the Old Testament, they are not going to be convinced by a resurrection, the Gospel. It is critical that we Christian believe the revealed Truth contained in the Bible if we are going to be effective apologists. God created the heavens and the earth in six literal, twenty-four hour day, we can, and must, believe it.

Oil-Eating Microbes and the Age of the Earth